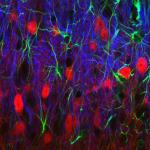 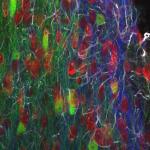 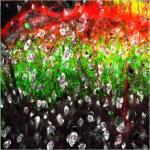 Nonlinear interaction between shunting and adaptation controls a switch between integration and coincidence detection in pyramidal neurons.

<p>The membrane conductance of a pyramidal neuron in vivo is substantially increased by background synaptic input. Increased membrane conductance, or shunting, does not simply reduce neuronal excitability. Recordings from hippocampal pyramidal neurons using dynamic clamp revealed that adaptation caused complete cessation of spiking in the high conductance state, whereas repetitive spiking could persist despite adaptation in the low conductance state. This behavior was reproduced in a phase plane model and was explained by a shunting-induced increase in voltage threshold. The increase in threshold allows greater activation of the M current (I(M)) at subthreshold potentials and reduces the minimum adaptation required to stabilize the system; in contrast, activation of the afterhyperpolarization current is unaffected by the increase in threshold and therefore remains unable to stop repetitive spiking. The nonlinear interaction between shunting and I(M) has other important consequences. First, timing of spikes elicited by brief stimuli is more precise when background spikes elicited by sustained input are prohibited, as occurs exclusively with I(M)-mediated adaptation in the high conductance state. Second, activation of I(M) at subthreshold potentials, which is increased in the high conductance state, hyperpolarizes average membrane potential away from voltage threshold, allowing only large, rapid fluctuations to reach threshold and elicit spikes. These results suggest that the shift from a low to high conductance state in a pyramidal neuron is accompanied by a switch from encoding time-averaged input with firing rate to encoding transient inputs with precisely timed spikes, in effect, switching the operational mode from integration to coincidence detection.</p>